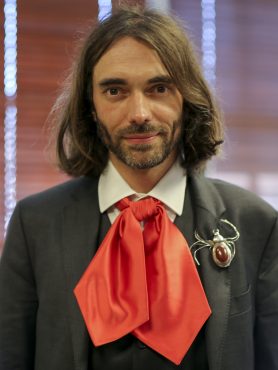 Cédric Villani is a mathematician, Professor at the University Claude Bernard of Lyon (from 2010), and Director of the Institut Henri Poincaré in Paris (from 2009).

Specialist of mathematical analysis applied to problems of statistical physics, geometry and probability, Villani has published over 50 research papers. He has also written three books, on gas theory and optimal transport theory.

Villani received many national and international mathematical awards, including the Fields Medal, awarded to him in 2010.

Since then he has been playing an informal role of ambassador for the french mathematical community to media (press, radio, television) and society in general. He has written books for nonspecialists, which have found a wide audience. He has also given hundreds of lectures for all kinds of audiences around the world.

Villani is member of the French Academy of Sciences and a member of the High Level Group of Scientific Advisors at the European Commission.