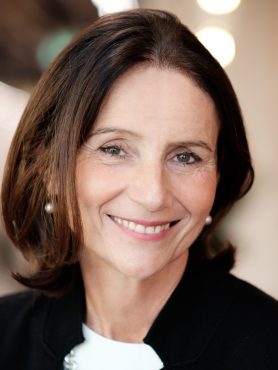 Carolyn joined the CBI as Director General in November 2015. She spent her early career at McKinsey, before taking on a range of senior leadership roles in the media industry.

As a partner at McKinsey, Carolyn was a leader of the firm’s media practice. As BBC Director of Strategy, she led the BBC’s digital strategy and ran its transmission arm. In 2003, she created and launched Freeview, one of the UK’s most successful new TV services. Carolyn was also a member of the Executive board of ITV for four years.

Carolyn has been a non-executive director of Lloyds Banking Group, The Vitec Group, Capita plc, the Competition and Markets Authority, the UK Statistics Authority and, from 2008-11, the Financial Services Authority.

Carolyn holds a first-class degree in Economics from Cambridge University, an MBA from INSEAD, and MA in International Relations from the University of Pennsylvania.

Carolyn is married with three children and lives in Hampshire.