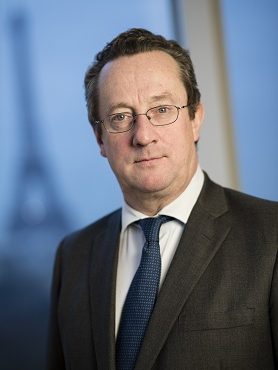 Baudouin de Moucheron joined Gide in 1985, becoming partner in 1992 and taking over as Senior Partner in January 2012. He founded and managed the firm’s Istanbul office between 1997 and 2000 and served as French Foreign Trade Adviser during these years. He is a former secretary of the Paris Bar Debating Society (1988).

Regularly listed as one of the best lawyers specialised in employment law in France, Baudouin de Moucheron is quoted in the Chambers Europe 2012 guide as « one of the most wonderful pleaders in Paris » and as « a leading French specialist in litigation involving employment and criminal labour law ».