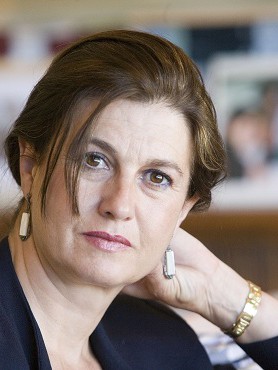 I am a 53 year Spaniard who lives in Madrid with strong Basque origins. Happily married to an entrepreneur in shipping ( Ibaizabal) and wine making (Marqués de Riscal).

I studied  Economics in the London School of Economics and in the Complutense University in Madrid (UCM), and went through a number of post-graduate courses in Management and Finance

My first 14 years of working life were shared between academic activities as professor of Applied Economics ( at Complutense University and at the Madrid Campus of the USA University of Saint Louis) and the private sector, first as  junior manager in a real state family  business and from 1989 as an entrepreneur: Seguriber was acquired with 18 employees and one client. It has now over 3.300 employees, more than 30.000 clients and it’s core is business services with a striong focus in security and control IT systems and related outsourcing services.

In 2012 I merged with a smaller company and handed over the management of the group and made a spin off of the technology part which is now an independent IOT company now  on its way to an  international launching.

In these past  years I’ve focused on Third Sector activities where I had been involved previously with lesser dedication:, initially chairing  SECOT (Seniors Españoles para la Cooperación Técnica), a Spanish NGO founded 25 years ago to provide  managerial advice and consultancy on a voluntary basis by retired company directors to SMEs and stressed companies.

Then with el Circulo de Empresarios, Spanish most relevant business business Think-Tank which I have chaired until March 2015.

In November 2014 I bought the minority stake in the merged company and I am back in the daily management of Seguriber.

I am an independent member of the Board of Directors in INDRA, an IT multinational company as well as OHL, a construction and concessions company, both public (IBEX 35).

I am also President of la Real Fábrica de Tapices and member of other Foundations.

I joined YPO-WPO (Young Presidents Organization) in 2002 and I am also a member of IWF (International Women’s Forum).

I have been honoured with a number of business prizes and social recognitions.

What I most enjoy is  a good conversation with family and friends, Nature, sports, Political Economy, History Comparative Religions and Philosophy.