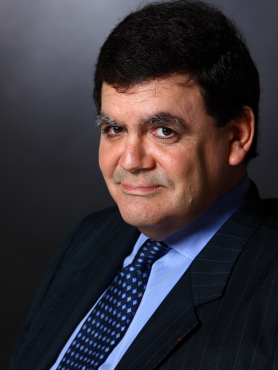 54, graduated from HEC Paris, he first joins Banque Indosuez in 1983 as a syndicate manager for bond issues. From 1987 to 1998, he participates as Deputy CEO in the creation and development of Cyril Finance, MMA insurance group financial institution. From 1999 to 2003, he is the CEO of the NGO (AFM) which created the French telethon. From 2004 to 2009, he is an Advisor to the EDF CEO. He is the French Ombudsman from 2010 to 2011 and President of Samusocial de Paris dedicated to the homeless people, from 2011 to 2013. From 2010 to 2014, he is in charge of Ethics and Corporate Responsibility as a Deputy Vice President within EDF Group Sustainable Development Division. With two other experts named by the French Government, he publishes in June, 2013 20 propositions for developing CSR in France. Since 2013, he is the President of EDF group Ethics and Deontology Committee. He joins Dalkia as a General Secretary on July, 2014.