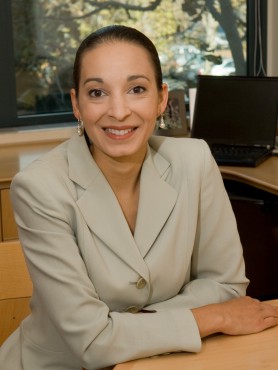 Caroline Hoxby is the Scott and Donya Bommer Professor of Economics at Stanford University and the Director of the Economics of Education Program at the National Bureau of Economic Research. Before moving to Stanford in 2007, she was the Fried Professor of Economics at Harvard University. Trained as a public finance and labor economist, Hoxby is one of the world’s leading scholars in the Economics of Education. Her pioneering work in the field was transformative because she saw that applying economic thinking to education generates many important insights. Her work often draws upon models of investment, incentives, market design, finance, optimal pricing, social insurance, and behavioral economics. In addition, Hoxby is an ardent promoter of the use of scientific methods (when feasible) in education research. Under her mentorship at the NBER, work in the Economics of Education has expanded enormously and now features some of the most advanced research in economics, conducted by a young vibrant group of scholars. Hoxby is a Principal Investigator of the Expanding College Opportunities project, a randomized controlled trial that had dramatic effects on low-income, high achievers’ college-going. For work related to this project, she recently received The Smithsonian
Institution’s Ingenuity Award. Her research in this area began with a demonstration that lowincome high achievers usually fail to apply to any selective college. This is despite the fact that they are extremely likely to be admitted and receive such generous financial aid that they usually pay much less to attend selective colleges than they do to attend non-selective schools. This
issue is now being addressed systematically owing to the project’s evidence that individualized but inexpensive informational interventions cause students to take fuller advantage of their opportunities. In some of her other best known work, she explains the rising cost of college, universities’ endowment policies, and the economics of online higher education. Her current research includes studies of colleges’ value-added and how federal spending and tax policies affect college-going. Hoxby’s best known work on elementary and secondary education includes numerous studies of the effects of school choice and competition on student achievement, rewards for teaching, and the productivity of schools. Her study of New York City’s charter schools is the largest randomized evaluation of how charter schools affect achievement. The methods she pioneered for studying the causal effect that students have on their peers have been widely followed by other researchers. Hoxby also writes on public school finance equalization, class size, teacher incentives, teacher unionization, Teach for America, and how education affects economic growth.

Hoxby has been a presidential appointee to the National Board of Education Sciences and serves on advisory committees for the government and major think tanks. Her honors include The Smithsonian Institution’s Ingenuity Award, The Thomas B. Fordham Prize for Distinguished Scholarship in Education, Global Leader of Tomorrow from the World Economic Forum, Carnegie Scholar, an Alfred P. Sloan Research Fellowship, a John M. Olin Fellowship, and a National Tax Association Award. Hoxby is a renowned teacher and advisor and has received multiple honors recognizing these contributions. These include the John and Lydia Pearce Mitchell University Fellowship, Stanford Economics Teacher of the Year, and a Phi Beta Kappa prize. Hoxby has a Ph.D. from MIT, studied at Oxford as a Rhodes Scholar, and obtained her baccalaureate degree summa cum laude from Harvard University. 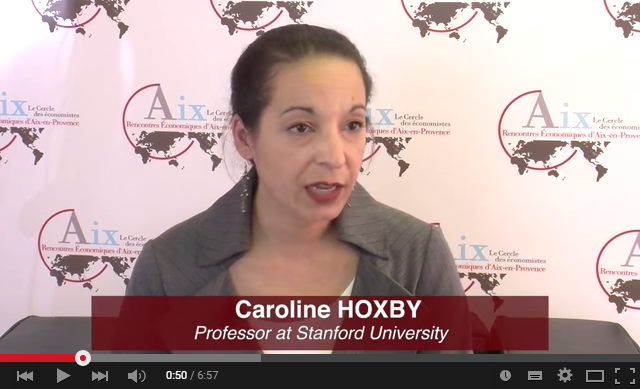