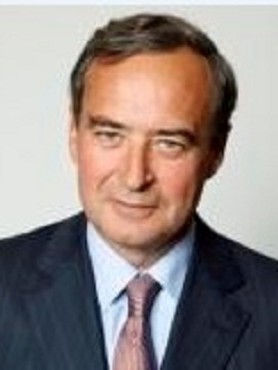 Bruno Lafont began his career at Lafarge in 1983 and held numerous positions in finance and international operations.

Bruno Lafont is a member of the Executive Committee of the World Business Council for Sustainable Development.

Born in 1956, Bruno Lafont is a graduate from the Hautes Etudes Commerciales business school (HEC 1977, Paris) and the Ecole Nationale d’Administration (ENA 1982, Paris).

In the context of the merger project of Lafarge with Holcim, Bruno Lafont will take on the responsibility of co-Chairman of the new group.

A world leader in building materials, Lafarge employs 63,000 people in 61 countries, and posted sales of €12.8 billion in 2014. As a top-ranking player in its Cement, Aggregates and Concrete businesses, it contributes to the construction of cities around the world, through its innovative solutions providing them with more housing and making them more compact, more durable, more beautiful, and better connected. With the world’s leading building materials research facility, Lafarge places innovation at the heart of its priorities in order to contribute to more sustainable construction and to better serve architectural creativity.