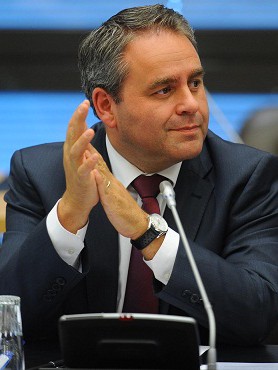 An insurer, he holds a Master’s degree in public law and a specialized graduate diploma in local government. Xavier Bertrand was elected MP in the Aisne department in 2002 after having been councilor within the Aisne General council.

From 2004 until 2007, he served as Secretary of State for Health and then Minister of Health and Solidarity Insurance. He led the reform on health insurance and had to manage the Chikungunya epidemic in Reunion, preparing France against a pandemic influenza and put in place the smoking ban in public places.

In 2007, Xavier Bertrand became spokesman for Nicolas Sarkozy’s presidential election campaign and Minister of Labour, Social Relations, Family and Solidarity. He was in charge of negotiating important social reforms such as the introduction of minimum service during public transport strikes (Act of August, 1st 2007), the special pensions reform (Act of July 1st 2007), the law pertaining to the renovation of social democracy and the working time reform (Act of August 20th 2008).

During his tenure, he had to preside, during the French Presidency of the European Union, many conferences and high-level meetings such as the Employment, Social Policy, Health and Consumer Affairs Council, the informal meeting of European ministers in charge of family and gender equality, and the European Summit for Equal Opportunity.

In January 2009, Xavier Bertrand left the government to become General Secretary of the UMP until November 2010.

From November 2010 until May 2012, Xavier Bertrand was Minister of Labour, Employment and Health. He had to activate mechanisms such as part-time activity to contain the rise of unemployment in the heart of the unprecedented financial and economic crisis.

In the health field, he supported the agreement on performance-based compensation for medical doctors. He also had to manage severe public health crises such as the Mediator drug scandal, and a large-scale fraud on breast implants which led to legislation on the safety of drugs and health products, as well as tighter controls on medical devices.

In September 2011, during the French Presidency of the G20, he presided over the “job-work” ministers meeting of the G20 on employment. Xavier Bertrand, a leading advocate for the social regulation of globalization, has achieved major advances in the employment of youth and the most vulnerable, the development of social protections, the promotion and respect for social and labor rights, and worked towards a greater coordination amongst international organisations.

After being elected city councilor in 1989, he became deputy mayor in charge of the revitalization of the City. As such, he developed the idea, for those who cannot go on summer vacation, to create the first artificial beach in downtown Saint-Quentin.

Xavier Bertrand has been Mayor of Saint-Quentin since October 4th, 2010 and was re-elected on March 23rd, 2014 during the first round. Saint-Question is a city of 59,000 inhabitants in the Aisne department, the capital of Haute-Picardie. He was re-elected MP of Aisne on June, 17th 2012. Within the National Assembly, he is a member of the Finance Committee, vice-chairman of the France-Israel Friendship and France-China Friendship groups.

On September, 16th 2012, Xavier Bertrand declared his run in the primary for the 2017 presidential election. 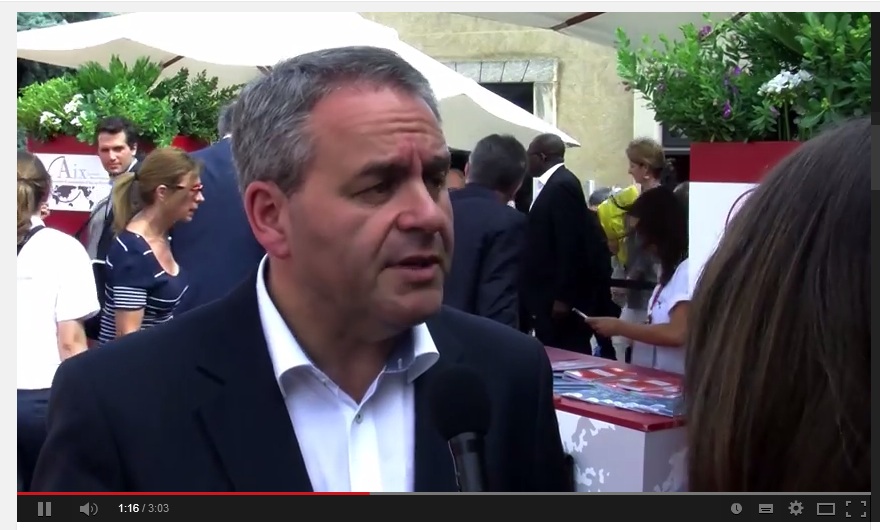