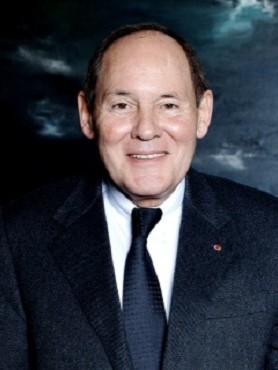 President of the Compagnie Nationale des Commissaires aux Comptes from 1985 to 1989 and  President of the Conseil Superieur de l’Ordre des Experts Comptables from 1994 to 1998. He was voted onto the Board of the International Federation of Chartered Accountants (IFAC) in October 1997, and was Chairman from November 2002 to November 2004. Drawing lessons from financial scandals, he worked with international regulators to initiate and implement an in-depth reform of the international accounting profession during his term of office. Since 1991, he has served as President of the Observatoire National des Petites et Moyennes Entreprises. He is one of the founders and primary movers of the “Tous Pour l’Emploi” movement set up with the help of professional associations and organizations to help businesses create jobs. In August, 2005, the Minister of the Small and Medium-sized Businesses, entrusted him with the mission to restructure the Agency for Business Start-ups. His mission during the presidency of the APCE ended in June, 2006, with the adoption of a strategic plan developed with the main actors of the creation and the resumption of companies in France and the implementation of a new structure of governance. René Ricol has been nominated Chairman of ”France Investissement” set up by the government in partnership with private investors to accelerate the development of capital investment in France and increase available funding for small and medium sized companies. In 2008, René Ricol was given the responsibility of writing a report for the President of the French Republic relating to the financial crisis. In October 2008 he was appointed as National Credit Mediator to support businesses in facing their financial issues and finding solutions to them, a mission he carried out until October 2009. In January 2010 he was named General Commissioner for Public Investment, an assignment that led him to work closely with the Prime Minister which ended in May 2012.