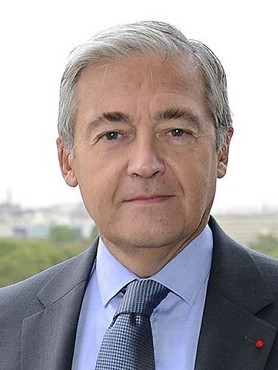 Chairman and CEO of the RATP Group (5 billion euro turnover, 55,000 employees, present in 12 countries) since July 12th 2006, Pierre Mongin spent most of his career in the French civil service, mostly in prefectures (regional administrations) and government departments.

A graduate of Sciences Po Paris and ENA (Ecole Nationale d’Administration, the French school of government administration), Pierre Mongin was appointed in 1986 Head of Cabinet to the Minister of the Interior, responsible for local authorities. He then spent five years at the Prefecture of Police in Paris, charged with administrative and financial affairs and relations with the City Council.

In 1993, Pierre Mongin was appointed Chief-of-staff and advisor for overseas departments and territories to Mr. Edouard Balladur, Prime Minister.

He was also appointed Prefect in April 1993 and administered the Eure-et-Loir and Vaucluse departments from 1995 to 1999, before becoming Prefect of the Auvergne region, and the Puy-de-Dôme department from 2002 to 2004.

Pierre Mongin is also the Chairman of the Supervisory Board of RATP Dev, the RATP’s subsidiary dedicated to the operation and maintenance of public transports networks outside the Île-de-France region, and
Vice-president of Systra, the subsidiary jointly owned by the RATP and the SNCF, world leader in transport engineering, where he presided from 2010 to 2013.

Pierre Mongin is the Chairman of the association Fer de France, which brings together all the stakeholders of the French railway activity.