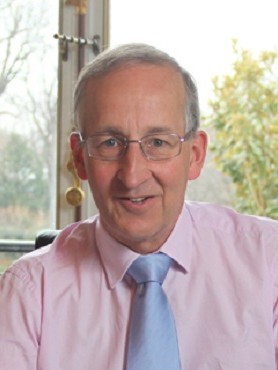 Sir Peter Ricketts took up his post as the British Ambassador to France in February 2012.
Before that, he was the British Government’s first National Security Adviser and, from 2006
until 2010, the Permanent Under Secretary at the Foreign and Commonwealth Office and
Head of H.M. Diplomatic Service.
After postings to Singapore and NATO Brussels, he worked as Assistant Private Secretary
to Sir Geoffrey Howe, before serving in Washington. Sir Peter Ricketts was Head of Hong
Kong Department in the early period of Chris Patten’s governorship. He covered EU,
economic and financial affairs in Paris from 1995-1997, before returning to London.
Sir Peter Ricketts was seconded to the Cabinet Office as Chairman of the Joint Intelligence
Committee in 2000 and was then FCO Political Director.

From July 2003 he was UK Permanent Representative to NATO in Brussels.
Sir Peter Ricketts is married to Suzanne, who was a lecturer in English language at the
Ecole National d’Administration during their posting in Paris. They have two grown-up
children.