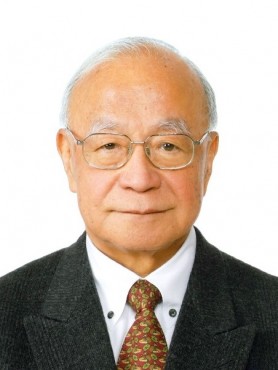 Established in 1985 as an independent private company. JCR provides ratings for more than 700 entities, including foreign sovereign and corporate. JCR is registered as a Nationally Recognized Statistical Rating Organization (NRSRO) in the U.S.A. and is recognized as an eligible External Credit Assessment Institution (ECAI) in France, Belgium, Luxembourg and Germany .

Mr. Makoto Utsumi is the President and CEO, Japan Credit Rating Agency, Ltd. He had previously worked for Japan’s Ministry of Finance from 1957 to 1991, and held various positions including Director General of the International Finance Bureau and Vice Minister of Finance for International Affairs. During his career with the Ministry of Finance, Mr. Utsumi represented the Japanese government in various international negotiations including G7 meetings, the preparation of the Plaza Accord, U.S.－Japan Structural Impediment Initiative and Latin American Debt Problem in the late 1980s. After the retirement from the Ministry of Finance, he served as a Professor at the Faculty of Business and Commerce of Keio University, Tokyo, Japan (1992-2000) and the President of Japan Center for International Finance (2001- May, 2004)

Mr. Utsumi was awarded Policy Maker of the Year by International Economy Magazine in 1989. He was also awarded  The Order of the Sacred Treasure, Gold and Silver Star from Japan in 2008, Commandeur de la Legion d’Honneur from France in 2007, the insignia of Grand Officer of the Order of Leopold II from Belgium in 1997.

Mr. Utsumi graduated from the University of Tokyo with a Bachelor of Law degree in 1957.