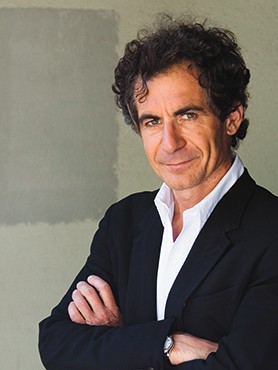 Born in 1958, Etienne Klein is physicist at CEA, the French Atomic Energy Commission, at Saclay near Paris.

He holds a diploma from the Ecole Centrale de Paris, which is a high-level engineering school in France. He has also obtained a master degree in theoretical physics, a PhD in physics and a PhD in philosophy of science from the Paris-VII University. He has participated to various big scientific projects (Electron Linac with superconducting cavities, Atomic Vapor Laser Isotopic Separation, LHC at CERN).

He is now (since 2007) the Director of the Research Laboratory on Matter Sciences at CEA (LARSIM). His research interests include the foundations of physics, the interpretation of quantum mechanics, the question of time in physics and the relationship between science and society.

He is professor at Ecole Centrale de Paris, both in physics and philosophy of science.

He has written several books concerning physics and science. Some of them are translated in English:

–The Quest for Unity, The Adventure of Physics, Oxford University Press, 1999.

–Conversations with the Sphinx, Paradoxes in physics, Souvenir Press, 1996.