Governor of the Banque de France

Christian Noyer was born in 1950 near Paris, France. Having graduated in Law at the universities of Rennes and Paris, he holds the diploma of Paris Institute of political sciences, and completed his education in the “Ecole Nationale d’Administration”.

After a military service as a French naval officer, he entered the French Treasury in 1976, and spent two years in 1980-82 in Brussels as a financial attache to the French Delegation to the European Union. Back to the Treasury, he held various positions, dealing both with domestic and international affairs, and was appointed as Director of the Treasury in 1993. He also served as an adviser to Mr Balladur, then Minister of Finance, in 1986-88, and as chief of staff for two other Finance Ministers (Messrs. Alphandéry and Arthuis) in 1993 and in 1995-97. He was appointed as the Vice-President of the European Central Bank in 1998, when the Bank was set-up in Frankfurt, where he served until 2002. He is governor of the Banque de France since 1 November 2003.

His European and international experience include membership in the European monetary committee, in key working groups in the OECD, G7, and G10, the position of alternate Governor in the IMF and the World Bank, and the chairmanship of the “Paris club” of creditor countries during the years 1993-97. In 2010, he was elected President of the BIS.

Publication: Author of “Banks, the rules of the game” (1990) and of various articles 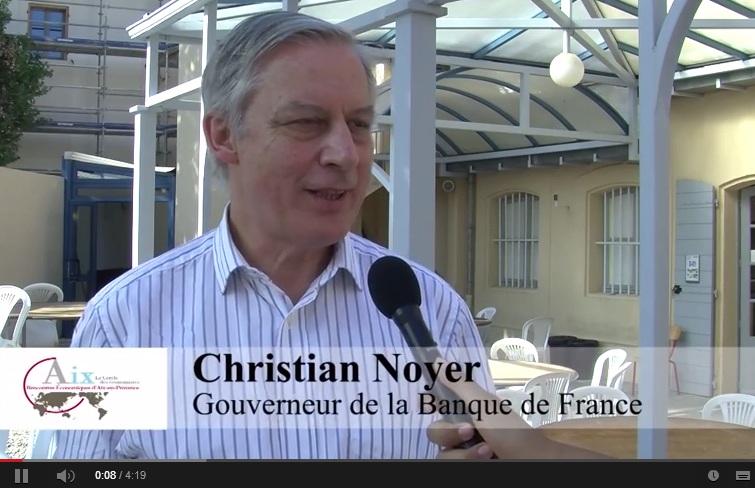