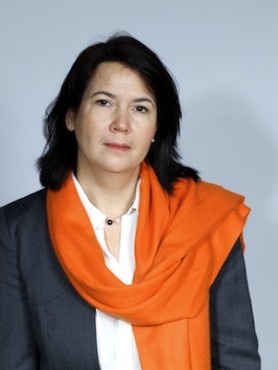 With offices in 23 countries and a history that dates back more than 150 years, Standard & Poor’s Ratings Services is a leader in financial-market intelligence. Today, we provide high-quality market intelligence in the form of credit ratings, research, and thought leadership on a variety of topics.

Carol represents Standard & Poor’s in dialogues with government officials, regulatory bodies, and the financial community within the region and is tasked with developing services for investors across the whole range of Standard & Poor’s activities.

Carol joined Standard & Poor’s in 1990 as a credit analyst, responsible for the rating of a varied portfolio of French issuers from the banking and later public sector. In 2000, she became head of ratings for all European local and regional governments. In 2005, she became manager of the sovereign and public sector ratings group for Europe, Middle East and Africa.

Carol is a graduate of the Institut d’Etudes Politiques de Paris (1989) and has a DESS degree in Corporate Finance from Paris IX Dauphine (1990).