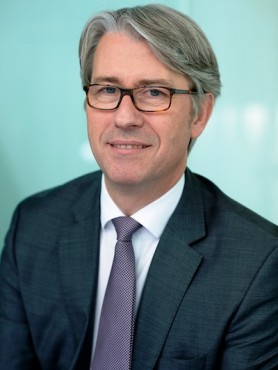 PwC helps organizations and individuals create the value they’re looking for. We’re a network of firms in 157 countries with more than 184,000 people who are committed to delivering quality in assurance, tax and advisory services.

Bernard Gainnier began his career with PwC in 1985 in Paris. Moving to Marseille in 1990 he was made partner in 1995.  In 1997 he moved to Shanghai, working with International companies like Unilever, GlaxoSmithKline, Danone, L’Oréal, Novartis…  Three years later, he relocated to the San Jose (California), where he specialised in the technology sector.

He returned to Paris in 2001 to advise telecommunications, technology and software companies and took on responsibility for PwC France’s industry programmes for these sectors. He was global relationship partner for France Telecom and his clients included Accor, Kodak, Ingenico and Groupe Lucien Barrière.

Bernard became a member of the Executive Committee of PwC France in 2007, leading the SME business development function, marketing and communication and the industries programmes.

He holds a Masters degree in law from the Aix-Marseille University, and has completed post-graduate studies in business law as well as in internal audit. He is qualified as French “Commissaire aux Comptes” and holds the US CPA diploma.