Professor of the Practice of Global Economics and Management - MIT 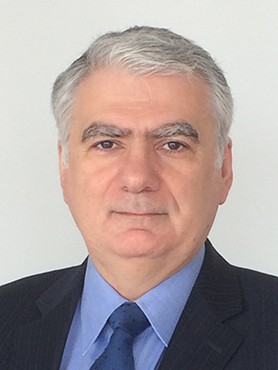 From May 2007 to May 2012 he served a five-year term as governor of the Central Bank of Cyprus and following the introduction of the euro in Cyprus in January 2008 he served as a member of the Governing Council of the European Central Bank.  With the creation of the European Systemic Risk Board in 2010, he also served as a member of its first Steering Committee.  Earlier, Orphanides served as senior adviser at the Board of Governors of the Federal Reserve System, where he had started his professional career as an economist.  While at the Federal Reserve he taught at Georgetown University and Johns Hopkins University.

Orphanides has published extensively on central banking, finance and political economy.  Over the past few years, he has also contributed to the ongoing debate on the euro area crisis.  He is coeditor with Mike Bordo of The Great Inflation: The Rebirth of Modern Central Banking, University of Chicago Press, 2013.

Athanasios Orphanides obtained his undergraduate degrees in mathematics and economics as well as a PhD in economics from MIT.

A.Orphanides_Changing the mandate of the ECB is not the solution to Europe’s problems