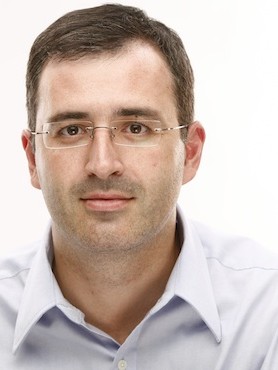 In 2006, he was selected a Young Global Leader by the World Economic Forum. In 2011, he was a member of the World Economic Forum’s Global Agenda Council on Europe, and in 2012-13 – a co-chair of the Global Agenda Council on the New Economic Thinking. In 2000 and 2005, he was awarded Gold Medal for the Best Research in Development Economics by the Global Development Network. In 2001, he was announced the Best Academic Manager in Humanities by Russia’s Science Support Foundation. In 2009-11, he was included in the top 100 of the President of Russia’s Cadre Reserve. In 2009, he was also awarded the Bill Maynes Award by the Eurasia Foundation. In 2009 and 2010 he received the Independent Director of the Year prize from Russia’s National Association of Independent Directors. In 2010, he received a Certificate in Company Directorship from the Institute of Directors (UK) and was voted the Best Independent Director by the Association of Managers of Russia and the Russian Institute of Directors.

He is a board member of Sberbank and E.ON Russia. He has also been a board member at Alfa-Strakhovanie Insurance Company (2009-13), Russia Venture Company (2009-13), Russian Home Mortgage Lending Agency (2008-12) and Russian Agricultural Bank (2008-09) and a member of the President of Russia’s Council on Science, Technology and Education (2008-12). He is chair of the board of the Dynasty Foundation. He is a member of the Scientific Council of the BRUEGEL think tank (Brussels), of the Advisory Council of the Peterson Institute on International Economics (Washington, DC), and of the Academic Advisory Board, Blavatnik School of Government, Oxford University. He is also a Research Fellow at the Centre for Economic Policy Research, London.

In 2006-13, Sergei Guriev has been running a monthly column in Forbes Russia. In 2003-13 he has also been a biweekly columnist for the leading Russian business daily Vedomosti and has contributed columns to the New York Times, Financial Times, Project Syndicate, Smart Money, Moscow Times, and Expert.

Kolotilin, Anton, Sergei Guriev, and Konstantin Sonin (2011). “Determinants of Expropriation in the Oil Sector: A Theory and Evidence from Panel Data.” Journal of Law, Economics, and Organization, 27(2), 301-323.

S.Guriev_What should Government do to Promote Investment_Three episodes from Russian history