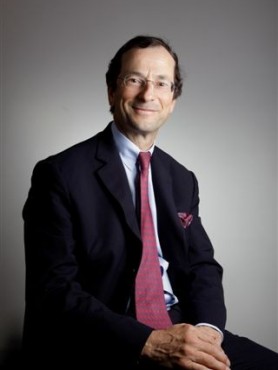 Christophe BLANCHARD-DIGNAC became CEO of Française des Jeux on October 16, 2000 and the 1st Vice-President of European Lotteries. Graduated from the Bordeaux Institute of Political Studies and with a post graduate degree in Public Law, this former student of the Ecole Nationale d’Administration joined the Ministry of Economy and Finance budget department in 1979. Between 1983 and 1985 he worked for the Caisse Nationale du Crédit Agricole, before taking up the position of budget advisor to the then Minister of Economics, Finance and Privatisation, Edouard Balladur, in 1986. Between 1988 and 1994, he worked first as Assistant Director then as Deputy Director at the Budget Department, in charge of economic interventions and relations with the public sector. From 1994 to 1995 he worked at La Poste as Deputy Director-General, CFO and advisor to the company president, before returning to the Ministry of Economy and Finance as its Budget Director. During this period he was also a board member of several large public companies. He was a member of the Bureau of the Economic, Social and Environmental Council (ESEC) from 2004 to 2010, becoming an Honorary Member in 2011.