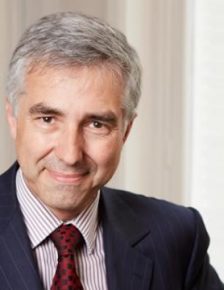 
Based in Paris, Paul Jaeger leads the Financial Services Practice in France and the Real Estate Practice in Europe. He focuses on CEO and board-level searches and assessment assignments across all sectors. Paul also works on nonprofit assignments.

Paul has close to 20 years of executive search experience. Previously, he was General Manager of the French European Information Center, founded by the European Commission and the French government. Earlier, Paul was Head of the Risk Financing Department at Gras Savoye, where he led a team of consultants specializing in alternative risk financing. Paul began his career as an industrial risk underwriter at Union des Assurances de Paris (now AXA).

Paul received a BA in public law and information science from Paris 2 Panthéon-Assas University and an MA in human resources from Paris 4 Sorbonne University. Paul is a former President of the Association Jean Monnet and served as a founding Director of the French Center of Foundations. He currently serves as a member of the Board of Advisors of SciencesPo School of Public Affairs, the Executive Board of the Fondation Hippocrene and the Advisory Board of Toute l’Europe, the French information center for Europe. He speaks fluent English and French.