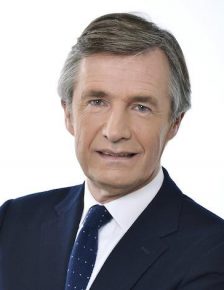 
Nicolas Beytout, age 65, journalist, is the founder in 2013, of a new daily, Web–print–Video–Apps media called L’Opinion. In 2019, l’Opinion buys l’Agefi, a media leader in Economic and Financial press. In 1981, he joins Les Echos, the main business daily newspaper in France. From 1984 to 2004, he is Editor of the daily, then Editor of all the publications of Les Echos Group. 2004-2007 he joins Le Figaro as Editor and Director for all the publications of the group, member of the board. October 2007, he is back to Groupe Les Echos as Chairman and CEO of this media group : Les Echos, Investir, Radio Classique. He is active on other medias, Radio : Europe 1 as a Columnist. Televison : LCI, France 5 (C dans l’Air) . Nicolas Beytout was a member of the National Committee on the Euro (1997-2002). He has been a member of different boards : Musée d’Orsay, Fondation de France , Agence France Presse and OJD (the official certification board for newspapers). He graduated with a degree in law and a BA degree from Sciences Po. He was Professeur at Sciences Po. He won different awards for his professional contribution. He is Chevalier de la Légion d’Honneur