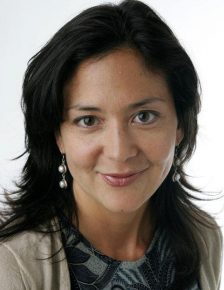 
Liz Alderman is the Paris-based chief European business correspondent for The New York Times, covering economic and inequality challenges around Europe. From Greece to Sweden, she chronicles the hit to societies from weak growth and joblessness, and reports on emerging innovations to address inequality. Her coverage has included Europe’s refugee crisis and the Paris terrorist attacks. Along the way, she has profiled numerous European movers and shakers in policy making and business. In 2013, Ms. Alderman received The Times’s Nathaniel Nash Award for her “excellence in business and economics journalism.” She was part of a team honored by the Society of American Business Editors and Writers for international breaking news coverage of the financial crisis in Cyprus in 2013. From 2008 to 2010, she was an assistant business editor for The Times in New York, editing coverage of Wall Street and the financial crisis. Before that, she spent five years as the business editor of what was The International Herald Tribune, overseeing European economic, policy and business news. Ms. Alderman was previously the Paris bureau chief of the financial news agency BridgeNews, directing coverage of the birth of the euro and the European Central Bank, and reporting on the European economy. She was the chief Federal Reserve correspondent from 1995 to 1999 in Washington, covering the United States economy and monetary policy.