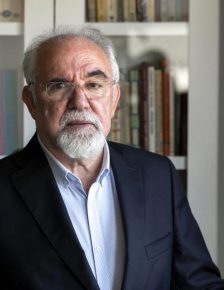 
José António Vieira da Silva is Executive Director of the Res Publica Foundation, and currently Special Advisor to European Commissioner for Jobs and Social Rights Nicolas Schmit. He graduated in Economics, in Instituto Superior de Economia. Previously, he was Minister of Labour, Solidarity and Social Security (2015/2019 and 2005/2009) and of Economy and Innovation (2009/2011), and Member of the Portuguese Parliament from 2002 to 2005 and from 2011 to 2015. He was also Guest Lecturer in Instituto Universitário de Lisboa.