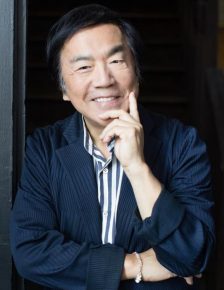 
Dubbed “Mr. Creativity” and a “Serial Innovator” by The Economist, John is a thought leader, practitioner and activist, who has played a leading role in the fields of innovation and business creativity for over 35 years. He is a trusted advisor to leaders of companies, startups and nations who are on the hot seat to deliver meaningful innovation agendas.

John was production executive on sex, lies and videotape (Palme d’Or, Cannes) and executive producer of Mr. Baseball (Universal Studios).  He is the Tony nominated producer of Golden Child, which marked the return of playwright David Henry Hwang to Broadway.  He wrote the best-selling Jamming: The Art and Discipline of Business Creativity, about what leaders can learn from jazz, as well as Innovation Nation, which documents America’s growing innovation challenges.

John’s received BA and MD degrees from Yale and an MBA from Harvard Business School. His work has received coverage in such publications as The New York Times, The Economist, CNN, and The Colbert Report.

In the summer of 1969, he apprenticed to rock legend Frank Zappa. In his spare time, he plays jazz piano.