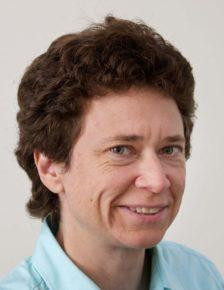 
Jennifer Hunt is Professor of Economics at Rutgers University. From 2013-2015, while on leave from Rutgers, she served first as Chief Economist of the U.S. Department of Labor, then as Deputy Assistant Secretary for Microeconomic Analysis at the U.S. Department of the Treasury. Prior to joining Rutgers in 2011, she held positions at McGill University, the University of Montreal and Yale University. Hunt is a Research Associate at the National Bureau of Economic Research in Cambridge, Massachusetts and a Research Fellow at the Centre for Economic Policy Research in London. Her current research focuses on the geographic diffusion of technology adoption, while past research has also encompassed immigration, wage inequality, unemployment, the science and engineering workforce, the transition from communism, crime and corruption.  She received her Ph.D. in Economics from Harvard and her Bachelor's degree in Electrical Engineering from the Massachusetts Institute of Technology.