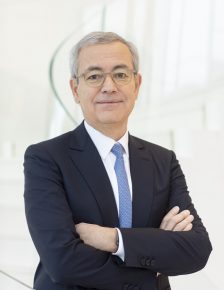 
Jean-Pierre Clamadieu was appointed Chairman of the Board of Directors of Engie in May 2018.

He has been CEO and Board member of Solvay between 2012 and 2019. He joined Solvay in September 2011 as member of the Executive Committee, after the acquisition of Rhodia by Solvay. Previously, he was Rhodia’s Chief Executive Officer since 2003 and Chairman of the Board of Directors since 2008.

Before joining the chemical industry, he graduated from Ecole Nationale Supérieure des Mines de Paris and had a nine-year career at the French Civil Service, including as advisor to the Minister of Labor.