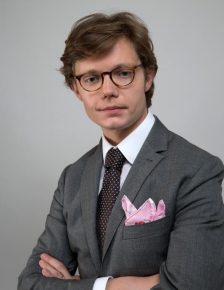 
Jean-Jacques Barbéris is General Management and Executive board member at Amundi. Jean-Jacques is head of Institutional and Corporate Clients Coverage and supervises the ESG department. Jean-Jacques is also chairman of Amundi Germany and of CPR asset management.

Before joining Amundi, Jean-Jacques acted as advisor for Economic and Financial affairs in the staff of the French President of the Republic, where he served from 2013-2016. Prior to this, he was a member of staff of Pierre Moscovici, French Minister of Economy and Finance.

Between 2009 and 2010, Jean-Jacques chaired the European group of experts on climate finance in the negotiations at UNFCCC. During that time, he also participated in different studies on the economics of climate change, such as Jean Tirole’s report published before the Copenhagen UNFCC conference in 2015.

Jean-Jacques started his career in the French Treasury Directorate General where he served from 2008 to 2012.

Jean-Jacques was a lecturer in advanced economics at Sciences-Po Paris From 2009 to 2012. He is also chairman of the French think tank “En Temps Réel”, dedicated to European politics.

Jean-Jacques is a Young Global Leader of the World Economic Forum since 2019.

He is also a vice-chairman of Finance for Tomorrow, the French financial association devoted to sustainable finance