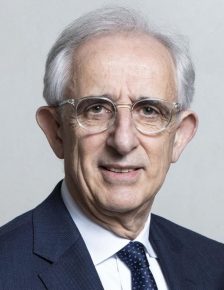 
Engineer and graduate of the Paris Business Administration Institute, Didier Bazzocchi CEO of the MMA mutual insurance company since 2018.

Working since 2008 within the French mutual insurance group COVEA, uniting “GMF”, “MAAF” and “MMA”, he was its general manager in charge of health and welfare and institutional partnerships. In 1980, he started at the Ministry of Health, then was successively co-founder of the consulting firm Sanesco, health director of Coopers & Lybrand Consultants in France, then deputy director general of the professional federation “La Mutualité française” and finally CEO mutual insurance compagny of “La Mutuelle Générale” from 1999 to 2007.

He has contributed to several books on the economics of the health system.