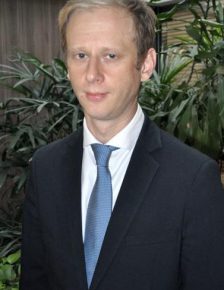 
David Parlongue is a Partner in the Paris office of Boston Consulting Group. He is a core member of the Industrial Goods and Healthcare practices and an expert in logistics and infrastructure. He has led multiple projects in these areas for large companies and for Governments.

David has over 10 years of experience in the Public Sector including from 2014-2016 as an economic advisor to Emmanuel Macron, Minister of the Economy at the time. His previous positions include advisors to Ministers and Deputy-Ministers and high civil servant positions in the French Treasury.

Prior to joining BCG in 2019, David was a member of the Executive Committee of CMA CGM, in charge of Strategy and M&A.