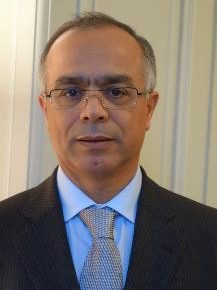 
Chakib Benmoussa, holds engineering degrees from the “Ecole Polytechnique de Paris” (1979) and the “Ecole Nationale des Ponts et Chaussées-Paris” (1981). He also holds a "Master of Science" from the Massachusetts Institute of Technology-USA (1983).

Mr. Benmoussa held several positions (Director of Planning and Studies, and Director of Roads) within the Ministry of Equipment. He served as Secretary General of the Prime Minister's Department between 1995 to 1998.

He then spent few years in the private sector as Chairman of Sonasid, President of Tangiers Free Zone and General Manager of the group « Brasseries du Maroc ».

In 2006, he was appointed as Minister of Interior and then, in 2011, as President of the Economic and Social Council of Morocco.

Mr. Benmoussa is Ambassador of His Majesty King Mohammed VI to France since March 2013.

He was appointed by His Majesty King Mohammed VI in November 2019 as President of the Special Commission on the Development Model.