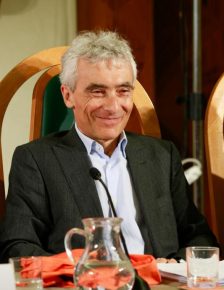 
Tito Boeri is Professor of Economics at Bocconi University in Milan (where he had also been Dean for Research until autumn 2014) and Senior Visiting Professor at the London School of Economics (where he was Centennial Professor). He has been Senior Economist at the OECD, consultant to the International Monetary Fund, the World Bank, the European Commission, the International Labour Office as well as the Italian Government. From March 2015 to February 2019, he served as President of the National Social Security Institute (INPS). He is Scientific Advisor of the Rodolfo Debenedetti Foundation (www.frdb.org) of which he has been Director since its establishment in 1998. He is a fellow of the European Economic Association and the European Association of Labour Economists. He is also a research fellow of the Innocenzo Gasparini Institute for Economic Research (IGIER Bocconi), the CEPR (Centre for Economic Policy Research), the Centre for Economic Performance in London, the IZA (Institut zur Zukunft der Arbeit) in Bonn and the Netspar (Network for the Study of Pension and Retirement) in Tillburg. He has been a columnist for Sole24ore, La Stampa and La Repubblica and has collaborated with foreign newspapers such as the Financial Times and Le Monde. He is one of the founders of the economic information website www.lavoce.info and of the federated English-language website www.voxeu.org. He is the scientific director of the Trento Festival of Economics.