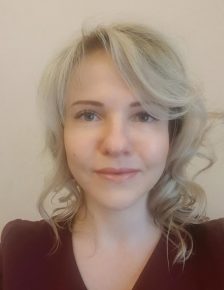 
Ms.Lukash works for the Presidential Executive Office for 15 years covering global agenda and international economic cooperation as well as national climate, environmental and nature conservation policy. After developing and running Russia’s G20 Presidency program in 2013 Ms.Lukash was appointed President’s Official Envoy (Sherpa) for G20. By now she’s got track record of 5 G8 and 16 G20 summits, having witnessed evolution of G20 since its inception at leaders’ level. Before 2007 Ms.Lukash worked for the private sector as researcher and manager of consulting and think tanks’ projects in the areas of natural resources, corporate social responsibility and energy security, including for the Expert Media Holding. She graduated in 1999 from the Russian State University for Humanities with a degree in economics and management and continued post-graduate studies on sociology and politics at the Russian Academy of Sciences.