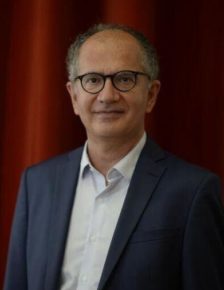 
Paolo Artini has worked for the United Nations High Commissioner for Refugees (UNHCR) since 1993. He has been posted in many countries including Kuwait, Mauritania, Ethiopia. He also worked for a long time in the Balkans, in particular in Sarajevo, Bosnia and Herzegovina, and in Italy, where he headed the protection department.

Paolo Artini graduated in law from the University of Pavia and in development studies from the London School of Oriental and African Studies.