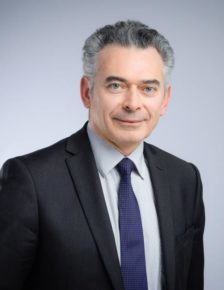 
He joined the Internal Audit department of Caisse Nationale de Crédit Agricole as an inspector in 1990. He was appointed project manager and then Deputy Inspector General in charge of supervising audits at CNCA. In 2000, he moved to the Finance division as Head of Issuance, Placement of Equity and Debt Securities for the Crédit Agricole network before being put in charge of asset/liability management in 2002. In April 2005, he became Head of Financial Management at the Group Finance division of Crédit Agricole S.A. Olivier Nicolas was appointed Head of Finance and Major Institutional Investors and member of LCL’s Executive Committee on 11 October 2011. He also became a Director of Crédit Agricole Home Loan SFH and of Crédit Logement.