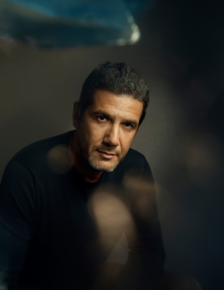 
Nabil Ayouch is a member of the Academy Awards, the Académie des César, and one of the founding members of the Arab Film Academy. He's also a philanthropist. Nabil Ayouch directed his first feature film in 1997, "Mektoub", which like "Ali Zaoua" (2000) represented Morocco at the Oscars. Then came "Une minute de Soleil en moins" (2003) and "Whatever Lola Wants" (2008). In 2011, he shot his first feature documentary, "My Land". In May 2015, his film "Much Loved" was selected at the Cannes Film Festival's Quinzaine des Réalisateurs. In 2021, Nabil Ayouch completed his last feature film "Haut et Fort" (Casablanca Beats). The film, which deals with youth in the outskirts of Casablanca and Hip Hop as a means of expression, premiered in the official competition of the 2021 Cannes Film Festival. Being very active in the socio-cultural field, Nabil Ayouch opened, in 2014, through the Ali Zaoua Foundation - which he created and chairs - the Cultural Centre "Les étoiles de Sidi Moumen", intended for young people in the outlying district of Sidi Moumen from which the suicide bombers who committed the attacks of May 16th, 2003 in Casablanca - and who inspired "Horses of God" - came. To date, more than 1,000 children and teenagers are registered there and learn all forms of artistic expression. A second Cultural Centre opened in Tangier in 2016, a third one in Agadir in 2019, a fourth one in Fez in 2020 and finally a fifth centre in Marrakech in 2021.