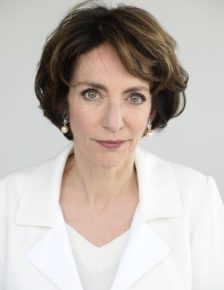 
After studying at the Ecole Normale Supérieure and at the Institut d'Etudes Politiques de Paris, Marisol Touraine graduated with an agrégation in economic and social sciences.From 1988 to 1991, she was an advisor to the French Prime Minister in charge of geostrategic issues and became a member of the French State Council in 1991. She then served as a Member of Parliament and President of the local government of Indre-et- Loire for several years (1997-2012) before being appointed Minister for Social Affairs, Health and Women's Rights (2012-2017). In this position, she is particularly known for her pension reform, for reducing inequalities through specific allowances (prime d'activité) and for her measures in favor of the authorization and financial coverage of innovative HIV prevention methods, as well as for her fight in favor of the neutral cigarette pack, for which she received the WHO award in 2016.

Since June 2019, she is Chair of the Executive Board of the international organization Unitaid, which works at promoting equitable access to health in LMICs and is responsible for the Therapeutics pillar within ACT-A (international response to Covid-9 pandemic).