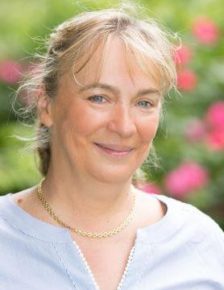 
MARIE-PIERRE GRÖNDAHL EDITOR IN CHIEF – BUSINESS & ECONOMICS LE JOURNAL DU DIMANCHE Science-Po Paris (1984) and Centre de Formation des Journalistes (1986) alumna, my first job was as a business reporter at L’Express, a weekly news magazine. I then moved to Challenges, a business magazine, where I stayed for ten years, working both in micro- and macro-economics fields. The next seven years were spent at Management (Prisma Media), as Editor in micro-economics. I also launched whilst there the french version of Fast Company, the US tech magazine. Paris Match offered me the job of its Business Editor in 2005 : it gave me the great opportunity to cover major economic events, from the financial crisis to Brexit and the pandemic-induced crisis. I was appointed Editor in chief for Economics and Business at le Journal du Dimanche in December 2020. Bi-national and trilingual, I am a committed European both by roots and conviction.