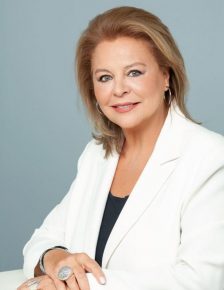 
Louka T. Katseli is Professor Emeritus of International Economics and Development at the Department of Economics of the National Kapodistrian University of Athens, Chair of the Board of Directors of the National Bank of Greece in Cyprus, (11/2015 -) and CEO of the Rightholders Cooperative EDEM. She is also Vice-Chair of the Executive Board and Chair of the Finance & Human Resources Committee of the African Capacity Building Foundation (ACBF), and member of the Independent Commission for Sustainable Equality, Progressive Alliance of Socialists and Democrats - S&D, (Progressive Society).

Prof. Katseli has also served as Director of the OECD Development Centre in Paris (2003-2007), Director General of the Center of Planning and Economic Research (KEPE) (1982-1986), Economic Advisor to the Greek Prime Minister (1993-1996) and member of the UN Committee of Development Policy (1996 - 2003), the European Commission’s Economic and Monetary Policy Committees and the “Comité des Sages” on the Reform of the European Social Charter (1995-1997) et al.

She is the recipient of numerous distinctions and fellowships, including that of the Best Young Professor at Yale (1980). She has published extensively in the areas of development and international economics, migration management and institutional economics.