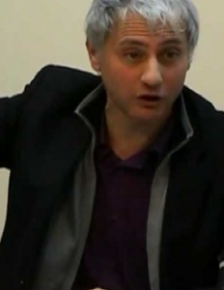 
Frédéric Boccara is an economist and member of the national leadership of the PCF.
Associate researcher at the University of Paris Sorbonne-Nord and graduate of ENSAE, a school which trains INSEE administrators and doctor of economics, he is a specialist in companies (from multinationals to SMEs), in the credit system, transport and the environment.
He has held various positions in the official statistical system or at the Banque de France. He sat on the EESC (economic, social and environmental council) from 2015 to 2021 and is the rapporteur of the opinion SMEs / VSEs and the financing of their development for employment and efficiency.
He has been a member of the PCF National Executive Committee since 2015 and of its National Council since 2003.
He is the author of numerous articles in the journal Economie et Politique, as well as of the book Another Europe against austerity for social progress - another euro, published by Le temps des cerises.
In particular, he called for "For a different agenda for employment and the labor code".