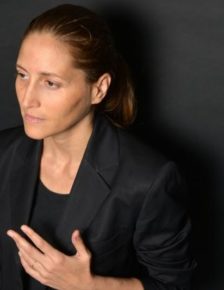 
Philosopher and Psychoanalyst, Her research focuses on the tools of democratic regulation.

She is the youngest member of the National Consultative Ethics Committee (CCNE). She is also a founding member of the European network of women philosophers of UNESCO.