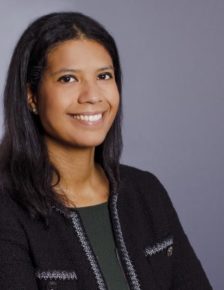 
Anne-Sophie Alsif is Chief Economist at BDO France. She is a graduate of Sciences Po Paris, the University of Paris Dauphine and holds a PhD in economics from EHESS. Anne-Sophie started her career in an investment fund. She joined the Ministry of Foreign Affairs in 2013 in the International Economy Directorate and then became Ministerial Advisor to the Minister of European Affairs in charge of economic, financial and trade issues. She has also worked at France Stratégie and at the Fabrique de l'industrie under Louis Gallois. She is a specialist in international and European economic issues, as well as in business competitiveness and international trade. She has notably worked on protectionism issues through her book "La France est-elle exposée au risque du protectionnisme ?" published by Presses des Mines. She also teaches economics at the University of Paris I Panthéon-Sorbonne and is a member of the jury of the Ecole nationale d'administration in economics. She is a member of the Executive Board of the French Association of Economic Sciences.